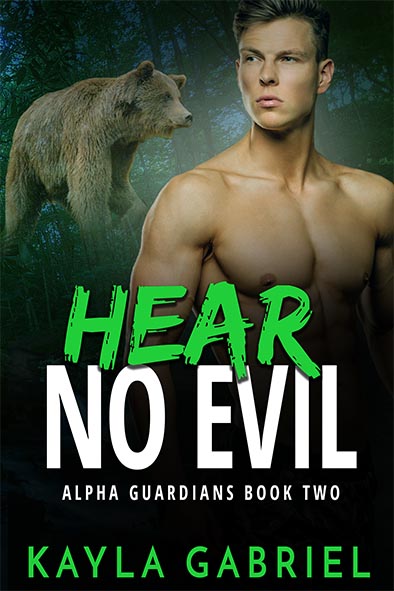 Gabriel Thorne’s in trouble. One look at curvy Cassie and he fights a war with himself, determined to resist her. It’s for her own good, or that’s what he’s telling himself because he wants her with a need he’s never known. But as an Alpha Guardian haunted by a brutal–and unforgivable–past, he knows he shouldn’t touch her. As fate would have it, he’s the only thing standing between Cassie and an evil that would make her its slave. Despite his haunted past, Gabriel will die before he allows her to be taken.

With one look at Gabriel, Cassie knows her life is about to change. He awakens dreams long forgotten, and carnal desires she doesn’t want to resist. She will do whatever it takes to make him her own. Tempt him. Tease him. And most painful of all for Gabriel–believe in him and in his ability to protect her. Because Cassie knows Gabriel is meant to be hers. What she doesn’t know is that the battle for Gabriel’s heart will not be so easily won and Gabriel must decide once and for all if he is going to protect his heart…or his mate.

Hear No Evil is a full length, sensual thrill ride and second in the Alpha Guardians series. If you love shifters with a taste for curvy women, hot romance with enough magic to make your skin tingle, and a swoon-worthy Happily-Ever-After, one click now!