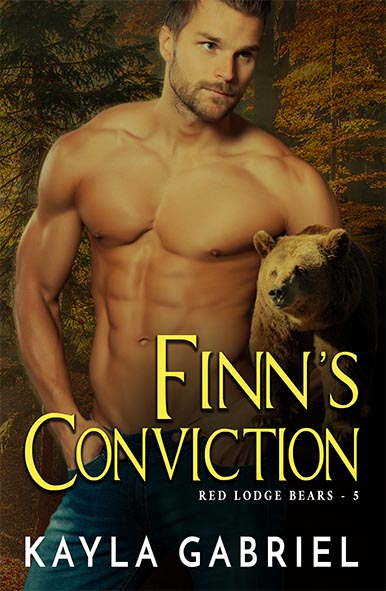 Smoldering, sexy Finn Beran has always been in someone’s shadow. With five outspoken, swaggering brothers, soft-spoken, level-headed Finn has often been left in the dust. When his brother Wyatt calls and asks him for a favor, he knows better… but he does it anyway. Soon he’s standing at the mating altar, saying the words that will forever bind him to a pretty mystery brunette.

Nora Craig is between a rock and a hard place. Her father gives her a simple mandate: take Finn as a mate or suffer. She’s shoved into the arms of a handsome stranger and sent off into the sunset, leaving her on unsteady ground. Her first few hours with Finn and his family prove enlightening, and Nora realizes that her situation might be much worse than she realized.

Miscommunication and mysteries abound, with Wyatt, Noah, and Charlotte all making appearances to stir up drama. When all the cards are down, will Finn and Nora be able to leave their false convictions behind and start fresh?

This is a standalone romance that features beloved characters from previous Red Lodge Bears titles. There is no cheating, no cliffhangers, and a happily ever after!